HE Omar Sultan Al Olama, Minister of State for Artificial Intelligence, stressed that data is the real wealth of future governments, and its main tools to develop the next generation of government services through the establishment of an effective system to exchange data at the level of federal and local entities in the UAE.

“The Government of the UAE is committed to providing an innovative and comprehensive system of government work based on enhancing efficiency in the use of AI technology and data in various vital sectors. It also works on enhancing the integration of government entities, to benefit from successful practices and exchange experiences and knowledge in the field of employing modern technology to accelerate the implementation of government strategies and projects,” said Al Olama.

This came during the fifth meeting of the UAE Artificial Intelligence and Blockchain Council, which was held in Umm Al Quwain.

Al Olama highlighted that the Council will focus on studying the procedures and steps to implement the initiatives adopted during the UAE government’s annual meetings. These meetings were held in Abu Dhabi, last month, and support the government’s efforts to employ data to build the future of government services.

The participants discussed the initiatives that were adopted during the UAE government annual meetings last month.

The council highlighted the importance of spreading awareness about Artificial Intelligence and Blockchain technologies, in addition to prepare talents for the future.

The Cybersecurity and Risk Management Committee reviewed its work plan, which is based on three key frameworks: legislation and policies, competencies and capacities, and effective practices and applications.

The meeting also reviewed the Data Committee’s work plan to make data available to all stakeholders easily and accurately, as well as to develop a clear methodology for collecting open data.
The participants stressed the importance of a policy for the dissemination and exchange of data in the UAE’s Government, especially among the local and federal government entities, to ensure easy access to accurate, comprehensive and high quality data.

The UAE Artificial Intelligence and Blockchain Council is tasked with proposing policies to create an AI-friendly ecosystem; and promote collaboration between the public and private sectors. 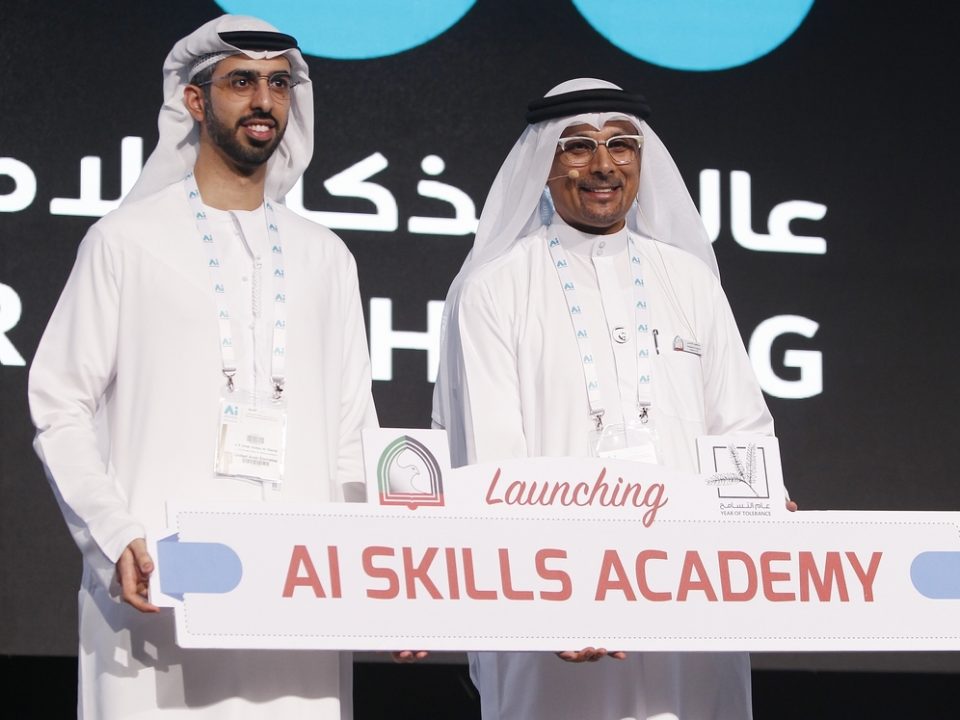